avast! 2014 is here. It’s the latest product from a company that’s been in the antivirus business for 25 years. We’ve analyzed the recent changes and we’re going to attempt to predict where one of the most famous security programs of all time is headed.

Antiviruses today: a fight for survival

In recent years, information security has changed a lot for home users: operating systems are becoming more and more secure and people spend increasing time using web applications. Traditional viruses now only affect those who use outdated systems (in countries where software piracy is prevalent, for example) and those who don’t update their systems regularly, opening themselves to malware that exploits unpatched vulnerabilities. 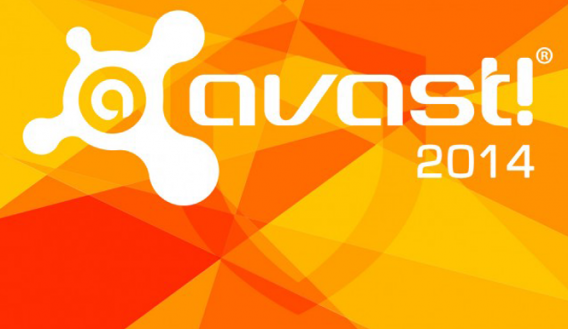 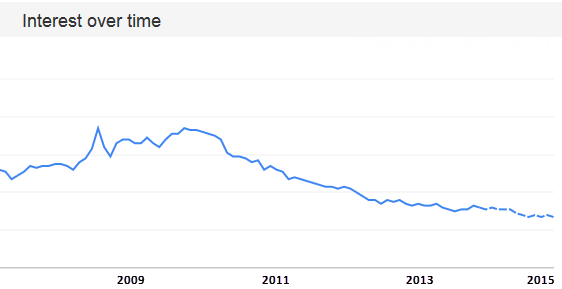 But talk of the death of the antivirus is somewhat premature, especially given the high adaptability that they’re demonstrating, as well as the success of free models. In this sense, avast! has demonstrated a thorough understanding of what users want. It also realizes, however, that the risk of stagnation is high, so avast! has undergone a makeover.

A new interface for a new era

Security and aesthetics go hand in hand, so there’s nothing more exciting for a user than to see his favorite weapon in his defense arsenal, his antivirus, with a new look. avast! has probably been the antivirus with the most image overhauls, with five radical changes in as many years, all the while maintaining its corporate gray and orange.

The new avast! interface is more than a nod to the “Windows 8” scheme

The new interface is a nod to Windows 8’s squares , a path already trod by its competitor AVG. Its proportions and appearance, with plain colors and minimalist icons, look more like a web page than a traditional application window. What hasn’t changed is avast!’s penchant for huge windows, which are totally unwieldy on netbooks and computers using smaller screen resolutions.

In search of lightness: fewer shields and a smaller footprint

One thing that stands out about avast! 2014 is the number of shields. We’ve gone from eight shields in version 8 to three, which are: files shield, which includes performance, chat and P2P, mail shield and web shield, which includes network and scripts. This change actually makes a lot of sense and the program feels more manageable now.

Fewer shields: only three compared to the eight of the past. Have shields gone out of fashion?

The powers-that-be at AVAST must have thought that eight shields, as well as generating confusion, made the program feel a little heavy. That same obsession with lightness, as well as being reflected in the interface, shows in the installer size, reduced from 120 megabytes to the current 60 megabytes for the full installer. There’s also a compact installer which downloads all the files from the avast! website.

Global statistics and the rhetoric of power

We talked previously about aesthetics and their relation to security. The other thing that makes a 21st century user happy are statistics. avast! 2014 has strengthened this aspect significantly, to the point of dedicating a separate window to detection statistics and records, as well as system status. 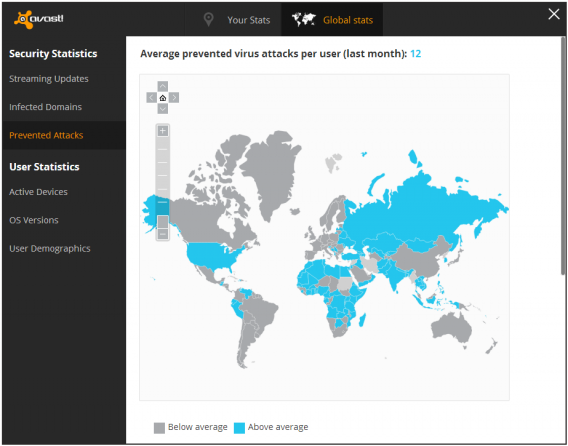 World domination looks closer than ever…

The average user is more likely to drool, however, when they take a look at the global statistics – a fantastic compendium of user and security statistics, reminiscent of the popular gaming client Steam. Nothing could give a better picture of the power of avast! than the information that appears here.

Security – but at a price

The subtle message that avast! 2014 seems to convey is: “In such an insecure world, you need more than a real-time scanner to be safe.” Consistent with this idea, avast! has an integrated store allowing you to acquire paid-for versions and security modules for all budgets. 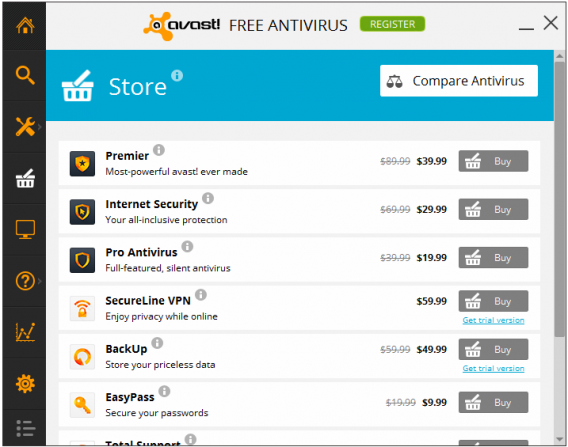 Improving the security of your digital life comes at a price…

The modular design of avast!, which allows you to choose which shortcuts you have on the screen, is very smart, because while it gives users the freedom to choose what features stay, it prompts them to “plug the gaps” with some paid-for options (through micropayments). It’s a suite that’s built piece-by-piece, in a similar fashion to mobile applications.

Where will avast! be in a few years?

When you run one of the current antivirus, the first thing you notice is that the antivirus itself is hidden amongst a multitude of functions. What were once pure and simple malware scanners, now strive to be complete security suites. When you open avast! 2014, the first impression is just that: the scanner function is represented by a tiny magnifying glass. 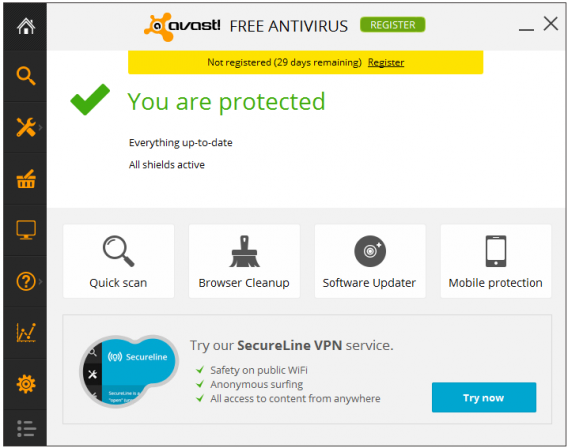 “Where’s the antivirus?” I asked myself after launching avast! 2014

The scanner is increasingly important because traditional malware is becoming less important. In addition, antivirus programs of the future not only have to deal with varied threats, but also with a shift in IT security, i.e. the addition of security mechanisms in operating systems and hardware. Windows 8, for example, ships with Security Essentials (Defender). In the case of avast!, I think we’ll see a convergence of the mobile and desktop versions, with more communication between devices protected by avast! and increased integration with browsers. The antivirus will likely move entirely to the cloud servers, which will take out much of the analysis.

To summarize: avast! increasingly acts as a security plugin and less like a heavy client. The impact of avast! on performance will be minimal, as it will be present where the user spends the most time: the browser. The classic scanner will become irrelevant (it’s already headed that way, even as I write this). And what about the payment issues? In my opinion, avast! will eventually fully embrace this “app store” model for the user to build a custom antivirus from low-cost components. A bit like you do now with drawing applications on tablets, where you can buy brushes as you need them.

If anyone can save antiviruses, avast! can!

When testing a product like avast! we have to ask ourselves what is an antivirus program today, who does it protect and who are the intended users? Who makes you feel secure when you’re using a computer and who is willing to spend money on additional functions. avast!, with almost 200 million protected systems, rounds 25 years of success off with a brilliant 2014 version. It revolutionized the market with its commitment to a free product, and can now do likewise with its proposed modular approach. It remains to be seen whether this approach will reverse the declining trend of the antivirus or if it’s just a way to buy time before the next radical evolution, one which, I’m pretty sure, will be served up by avast!.

What do you think of the new direction taken by avast! with the 2014 version?

Avast Secure Browser sets the benchmark for security and privacy